You are here: Home › Commentary › The White House’s Official Stance on . . . Aliens 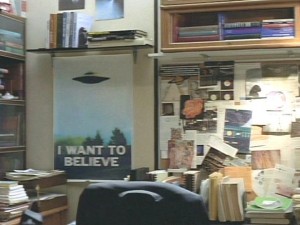 The government's finally going to reveal what Fox Mulder has been waiting for all these years . . .

Finally, a president who is willing to let the truth be revealed!

There’s a new initiative on the White House’s website that, if you have a petition with 25,000 signatures, they will address your question.

So of course, people are going to ask the question that is in front of most Americans these days:

“What does the government know about life on other planets?”

Another petition asks that the White House “immediately disclose the government’s knowledge of and communications with extraterrestrial beings”. This petition goes on to says, “This Petition calls for the President to disclose to the American people the long withheld knowledge of government interactions with extraterrestrial beings and call for open Congressional hearings to allow the people to become aware of this subject through those whose voices have been silenced by unconstitutional secrecy oaths.”.

Interestingly, if you add up all the signatures for both of these petitions — both together, mind you — it didn’t add up to 25,000. But apparently, the White House staff knew this was something important for them to address.

So here’s the official response: “Searching for E.T., but No Evidence Yet”.

The word: “The U.S. government has no evidence that any life exists outside our planet, or that an extraterrestrial presence has contacted or engaged any member of the human race. In addition, there is no credible information to suggest that any evidence is being hidden from the public’s eye.” They go into more detail, and explain some of the factors. But it all comes down to this: maybe, out there, somewhere . . . just not here . . . and we won’t know for certain any time soon.

(Not so fast, though, say some scientists. There’s some willing to go on record saying, perhaps, we’ll actually find extraterrestrial life within twenty years.)

But the government has gone on record, now, saying there is no government cover up. Of course, that’s exactly what one would expect the government to say if, you know, they were covering something up. Can’t say it’d be a very effective cover up if they answered a petition by saying, “Yes, now that we have 17,000 people signing a petition, we admit it . . . we’ve been involved in a cover up for the last fifty years. We would have told you sooner, but, you know, you didn’t have 17,000 signatures.”

What say you? Government cover up? Is the truth out there? Or are we alone in this universe?

2 Responses to "The White House’s Official Stance on . . . Aliens"