You are here: Home › Commentary › VIDEO: Tron: Uprising! (I added the exclamation point) 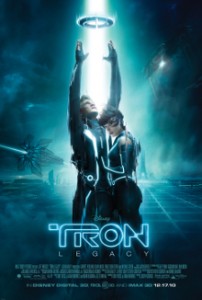 So I find myself interested in the possibilities of this upcoming animated series on the Disney XD channel. I do not have that channel, so I do not know if I will be able to actually SEE the series . . . but the trailer looks sharp.

I’ve seen rumors of a sequel to Tron: Legacy, and Bruce says he’s in it. A beautiful looking movie with incredible music AND an interesting, exciting story could elevate a “Tron trilogy” from interesting cinema history footnote (Tron) and popcorn music video (Tron: Legacy) to relevant sci-fi franchise.

What do you think? Does the Tron franchise have legs?

2 Responses to "VIDEO: Tron: Uprising! (I added the exclamation point)"