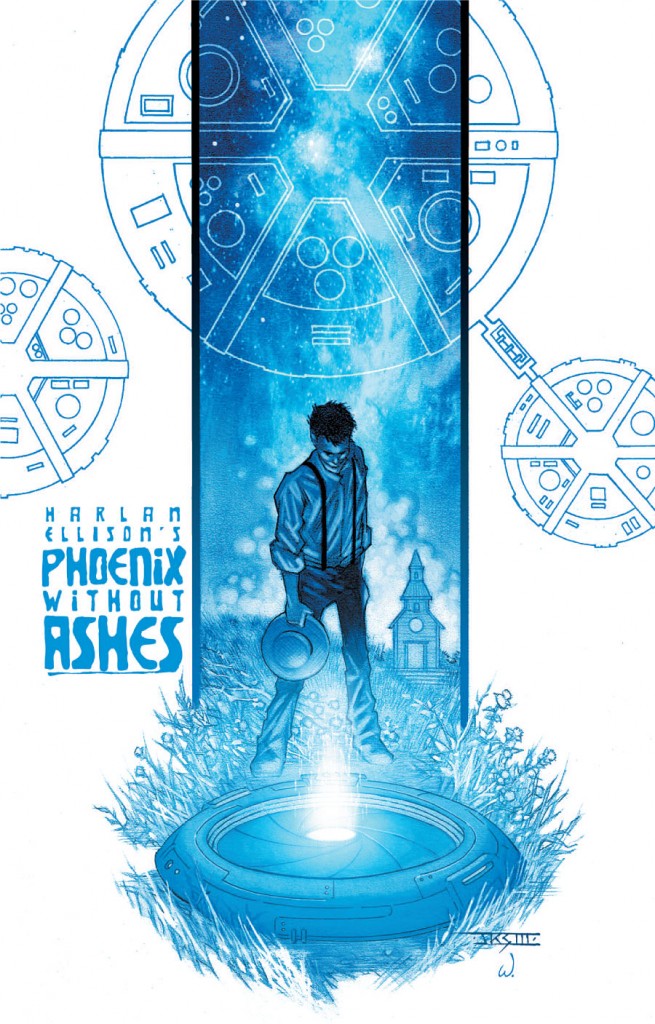 This review of a graphic novel starts with a review of a TV series from 1973, so bear with me. 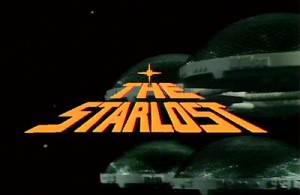 When I was but a lad, I went and saw Star Wars on the big screen and wanted more. On the small screen, in my very own home, I was able to watch Battlestar Galactica and Buck Rogers. And, living in Canada, I was able to watch, every once in a while, a TV show called The Starlost.

Even as a kid, watching these things I knew I was watching something that just didn’t have the same sheen and shine as Star Wars, but of course I knew nothing about budgets and the time it took for special effects to be made, which was why in Battlestar Galactica the same exact space scenes played out in slightly different orders in each episode.

But even as a kid, I knew that The Starlost was a special kind of bad sci-fi. The kind of sci-fi that was meant to be important, but that couldn’t overcome budget, effects limitations, and scripts. I didn’t know all of the reasons for the badness, just that it WAS bad. Over the years, I forgot the name of the show, but I never forgot the show, because in spite of its terrible execution, the concept is amazing. 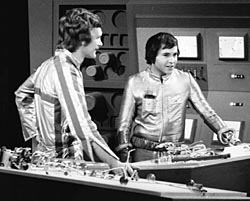 “I’m Walter Koenig! I was on Star Trek! What am I doing here? In Canada?”

The concept is simple: some Amish-type people discover that their world is actually a part of a miles long spaceship, sent to space to escape a disaster on earth. This “generational ship” has dozens of domes, and each of these domes has another culture of people who also do not know they are actually on a ship. But the people who were running the ship are gone, and the ship is lost. The characters are shunned from their society because of their story about the ship, and so they wander the ship, discovering new societies around every bend.

It’s a great set up for exploration of different aspects of human nature, in the same way that Star Trek had a starship, Stargate had the stargate, etc. And as a writer, now, the idea really strikes me as the prefect vehicle to hang a sci-fi series on. The “generational ship” is a grand idea, and one I want to use someday soon (I have the idea, just need the venue). But if I could, I would love to revisit The Starlost, and actually do something with THAT idea. I know that chance will never come, of course. But this series had so much potential, taking one of the coolest sci-fi tropes out there — the generational ship — and organically turning it into an “exploration” show, visiting a new world and society with new themes and ideas to explore every week. 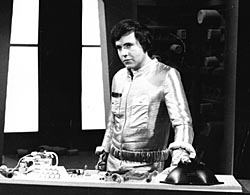 “I’m Walter Koenig! I came back for a second episode?”

The problem is that the production of the TV series was completely inept. They had Harlan Ellison, one of sci-fi’s genius-giants, create it and write the pilot. They had Douglas Trumbull, special effects guy for 2001: a Space Odyssey and Silent Running, two beautiful sci-fi movies. They had Ben Bova, another sci-fi author and a master of the genre, as an advisor. They had Keir Dullea, the star of 2001: A Space Odyssey. What could go wrong?

Just ask Cordwainer Bird — because he’s the person credited for Harlan Ellison’s work on the series. It’s also the name Ellison used when he worked on something he felt would not be up to his standards. He hated what they did with it. Budget caused huge corners to be cut, writers who had never written anything before were brought in, and the end result is something reminiscent of the worst of Doctor Who, 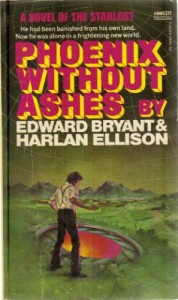 Harlan Ellison’s novel, co-written with Edward Bryant, based on the award winning screenplay that sort of made it to the screen.

Ellison’s pilot script actually won a Writer’s Guild of America award, but it is nothing like what made it to the screen. He then had his screenplay turned into a novel, called Phoenix Without Ashes, which has a foreword in which he lays out pretty plainly what happened with the series and his involvement. Ben Bova was brought in as an advisor and he hated every second of it, and he wrote a novel about his experience called Starcrossed, a humorous book about a television production in the future. I’ve read Bova’s book, but haven’t been able to find a copy of Ellison’s. Bova’s book is funny, and he has a character who is meant to be Ellison, and it’s not too difficult to see through the metaphor and get a glimpse of what Bova and Ellison went through in their time on the series. (The book also has some adult situations, so reader discretion is advised.) 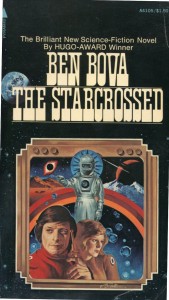 You have to love this cover, which features Harlan Ellison prominently.

This explains why, after all this time, the basic idea struck that seven year old me (in reruns, when CBC realized they actually had something that might get viewers who liked Star Wars) and stuck with the thirty-seven year old me. Even that I went back and rewatched the series. You know how sometimes something you cherished in your youth, when you become an adult, it just doesn’t hold up because it’s not very good? Well, in this case, it was just as bad as I remembered.

But the main idea. The Big Important Science Fiction Idea they were reaching for. You have to appreciate what they were trying to do, even if they couldn’t quite get there. (I mean, you have to unless you are Harlan Ellison, and they just took your great idea and turned it into a polished turd, and a badly polished one at that!) I recommend the series, by the way — you can get it pretty cheap over at Amazon: The Starlost – The Complete Series

— but I recommend it as something that may inspire you, as an oddity of sci-fi history, or as unintentional camp in the vein of some Godzilla or Doctor Who films from the 70’s. But it always bothered me (not as much as Harlan Ellison, of course) that it never lived up to its potential. 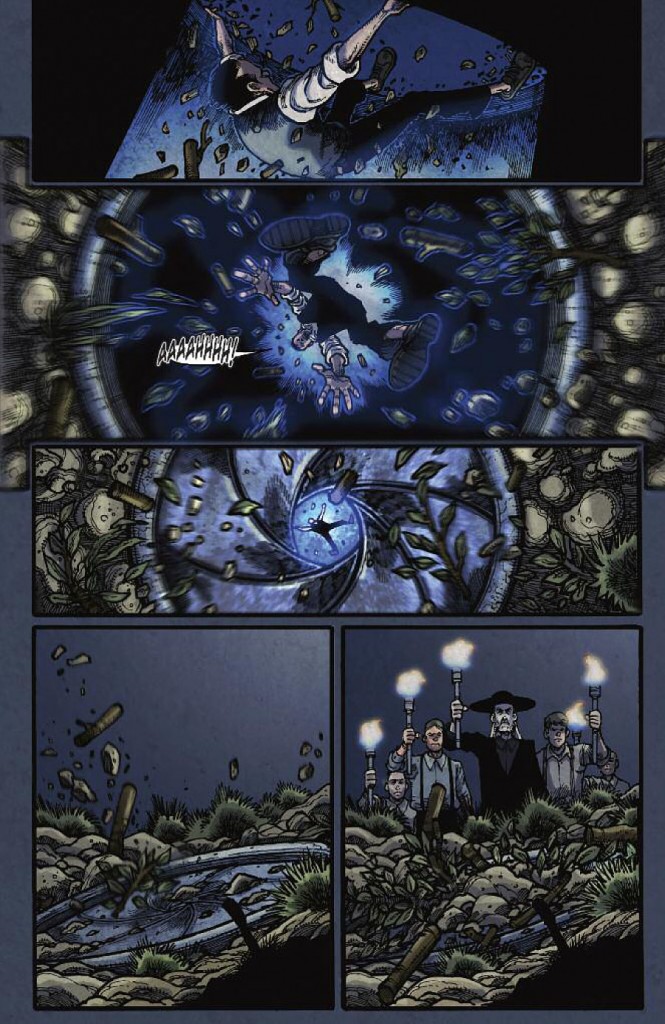 A sample of the artwork by Alan Robinson

Bringing us to now, with the graphic novel “Harlan Ellison’s Phoenix Without Ashes”. And another disappointment.

Now, that’s not to say I don’t recommend the book. I do, especially if you’re going to watch the series. It’s, from what I can tell, a very true adaptation of Ellison’s original pilot script, and I find it very interesting to compare this graphic novel (especially since I haven’t read the novel version) with the pilot episode. Yes, it is plain to see why he was upset.

But it stands well on its own, even if you know nothing about that series. (The Starlost series is not mentioned anywhere between the covers of this book.) The art is strong and stylistic, and reminds me of something you’d find in Heavy Metal or one of the more professional looking webcomics, and solid, in that someone who was not familiar with reading comics would be able to follow it. The story is that story of discovery and the fallout of the discovery.

Yes, it does have the cliched “religious elders who aren’t willing to tolerate new ideas”, which as a Christian I see as a silly cliche, but I guess its how people see Christians because they don’t seem to see it as a cliche. And maybe, in later stories, there would be some subtleties to those intolerant religious people that would allow them to be seen as people, instead of angry, scowling cardboard cutouts. 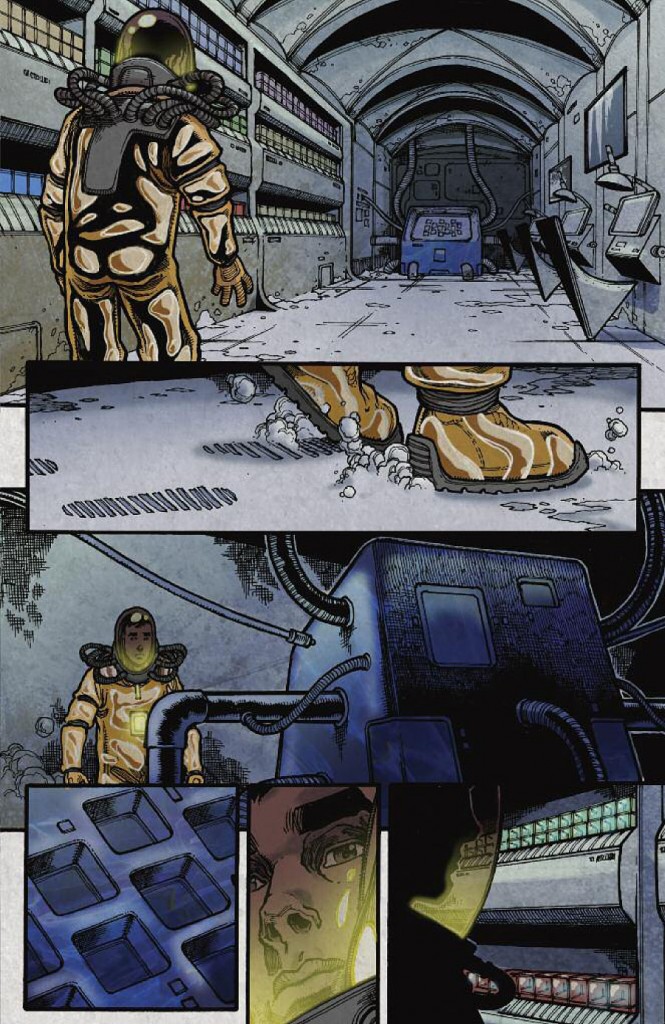 A sample of the artwork by Alan Robinson

But it also has the high idea of something out there. Something just out of reach. Or at least it was. For the universe is so much bigger than even the dreamers could have known. And there is the wonder of having your eyes opened to the truth. To having the universe itself become revealed to you. That this world is not all there is. That there is so much more.

Ultimately, though, reads like a pilot. Like the first episode of a series. A series that is not, to my knowledge, going to materialize. I would LOVE to see where Harlan Ellison would take this premise, if it were up to him and not to Canadian TV executives.

So yes, it ends on a cliffhanger. But, it is worth reading if you are a fan of sci-fi, a fan of Mr. Ellison, a fan of comics that are not the usual “men in tights” genre, or a fan of thought-provoking fiction.

(It’s ALSO on sale over at Amazon — Phoenix Without Ashes

is just $9 there right now. Between the two sales, you can have the graphic novel and the DVD for about $21! That’s how much I paid for the DVD a few years ago. But I got the graphic novel cheaper — I was at Barnes and Noble months ago, and saw a 50% off sticker on this sci-fi looking graphic novel. Not knowing what it was, I picked it up and flipped through it. I didn’t even know IDW was DOING this book. And when I realized what it was, I got very, very excited. I had no one to share my excitement with, because I know of no other fans of this series. Unlike Star Trek conventions, which sell out whole convention centers, the Starlost convention I went to only had one person come. And that was me. And even I came late and left early.)