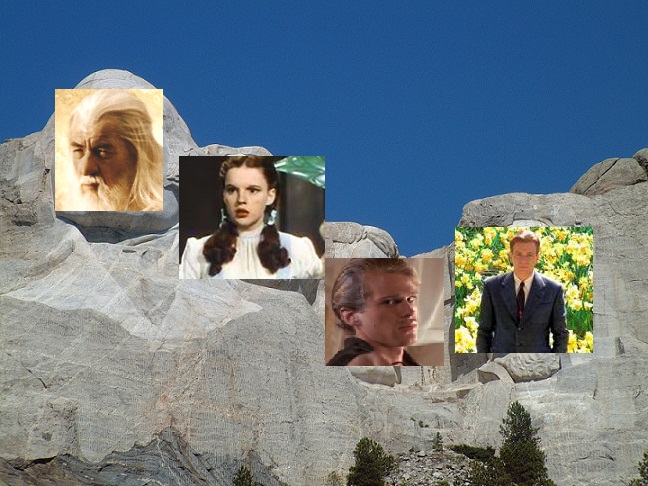 Lord of the Rings: The Two Towers–  I know about 2/3’s of you just spit out whatever you were drinking when you saw that the LOTR movie I chose to run with was the second one. Most go with three, but I will go to the mat saying that Towers is the best in the trilogy!

Wizard of Oz- Judy Garland surrounded by a zoo of characters is still just as good today as it was when it first came out. Better even, since originally Oz was deemed a box office failure.

Big Fish- This is a sentimental pick. Anyone who understands the male tradition of telling stories will be able to relate to this movie. It is fantastic and magical.

Field of Dreams- If you build it, they will come…If you make it, people will keep watching generation after generation. A true classic.

Bridge to Terabithia- This film is not as well-known as many of the others on this list, but it nearly made its way into my top four.  If I were writing this blog tomorrow, it might just sneak its way in still. If you have not seen this film-DO IT NOW!

Monty Python and the Holy Grail- “What are you going to do, bleed on me?” No more needs to be said.

One Response to "Dr. Jayce’s Mt. Rushmore Four of Fantasy"