You are here: Home › Comics › Creature from the Black Lagoon (Cool Comic Covers #15)

I’m a relative new fan of the Creature from the Black Lagoon. I didn’t see it at an impressionable age. In fact, I didn’t see it until maybe a year ago. But I’ve been aware of the creature design for decades, and, like many others, consider it a true classic. And the movies, when I finally saw them, struck the right chords. While the sequels aren’t as good as the original (are they ever?), they actually tell something of a story that lets the creature develop and grow as a character!

As a fan of the creature, I found this week’s cover to be very, very cool:

I can’t find much information about the comic book itself, and I shire cannot find a copy for myself. It is, no doubt, one of those rare collectible items that I will never get my hands on. And that’s okay — most, if not all, of those old comic book adaptations of movies are not very well made, in my experience. By this cover? I love it.

The movie, from 1954, of course had an influence on comic books and movie monsters that followed. There is a direct line from the Creature to the xenomorph (or whatever it is called) from Alien. Here are some comic covers that were (I have to believe) influenced by The Creature from the Black Lagoon, and that would be cool comic covers on their own: 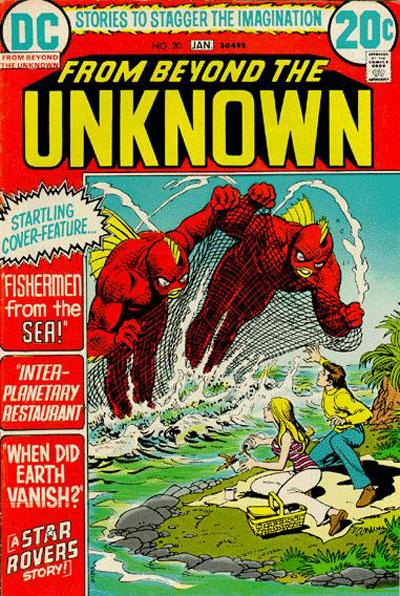 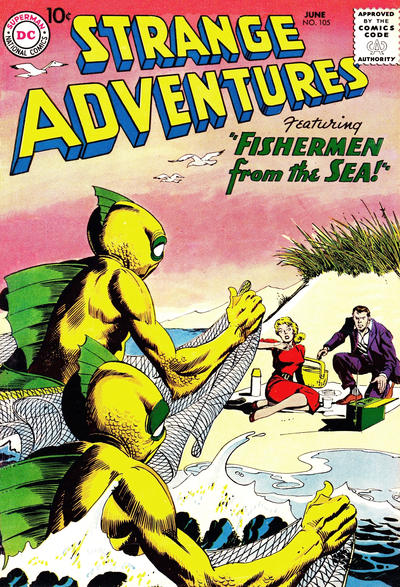 Strange Adventures #105, DC Comics, by Gil Kane. This cover was from 1959, and while it draws some influence from the Creature, the later version seemed to take even more from the movie.

Mysteries of Unexplored Worlds #30, Charlton Comics, Charles Nicholas. From 1962, the creature design is obviously inspired by the Creature. I love this cover, if it weren't for the dialogue on the cover. Can it be more cliche? Well, it could, I guess. He could be saying, "My mother told me there'd be days like this." 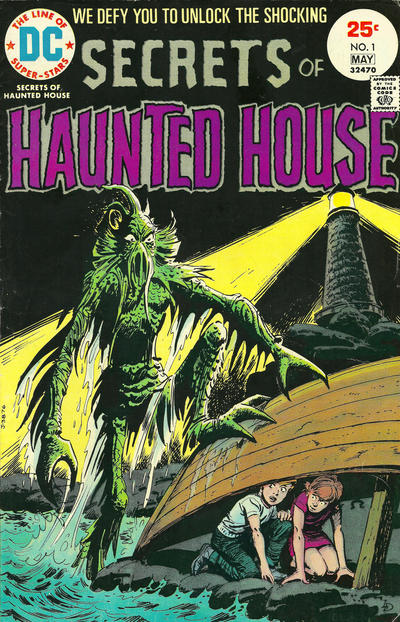 Secrets of Haunted House #1, DC Comics, Luis Dominguez. Is it possible to do a water creature at all now without being influenced by the Creature? This one is from 1975.