I’m a big Ultraverse fan. It started with Nightman. My freshman year in college, I was able to start with #1 of a series and collect each issue month after month. Unlike other comic collectors in the dorm, who were collecting Image comics, Ultraverse appealed to me because of one of their tag lines: “writers are our best gimmick.” Now, they still had holographic covers and polybagged issue #1’s that came with collector cards.

But here was a cover gimmick that was also writer related. If you were reading the Ultraverse title Solitaire, when you got to issue #5 it instructed you to look at the #1 through 6 covers. Those covers were actually panels of a battle scene that took place between issue #5 and #6. So you read issue #5, then follow six splash image covers, and continue in issue #6.

UPDATE: Jeff Johnson dropped by the blog and left a message below giving the behind the scenes of why these covers turned out the way they did. Turns out I was wrong that this was initiated by Gerard Jones. After you take a look at the covers below, find out how it happened from the source! 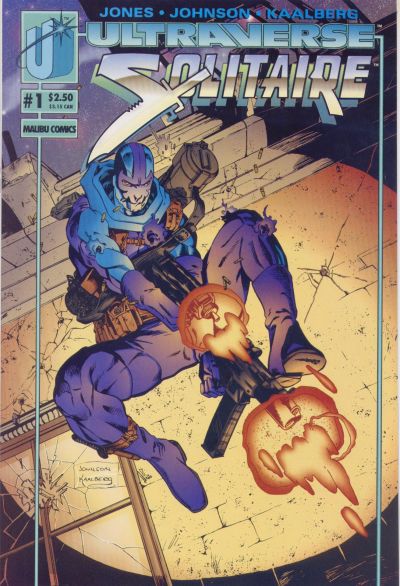 Solitaire #1, Malibu Comics, by Jeff Johnson (written by Gerard Jones -- if ever a comic cover deserved a writer credit . . .) (UPDATE: Turns out I'm wrong about that . . . but check out the comments below for more information!) 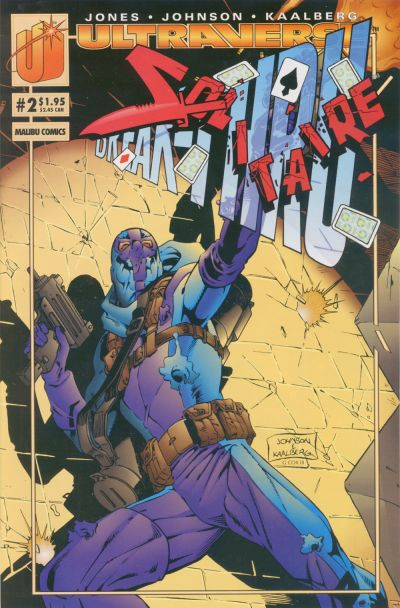 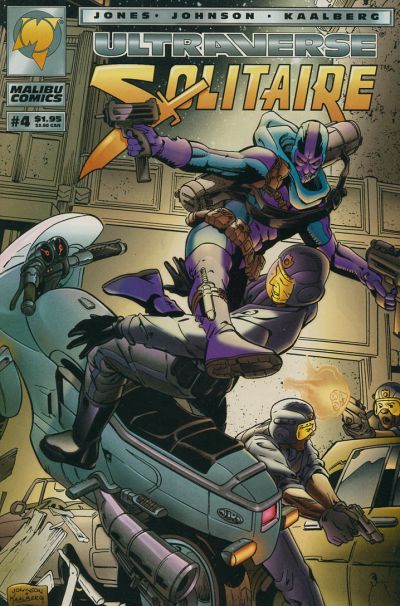 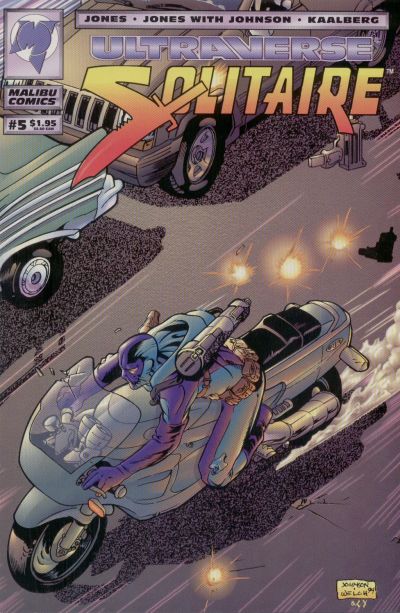 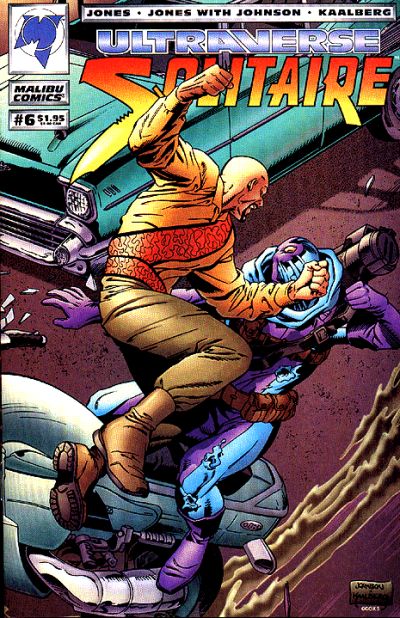 Want to know what happens next? Well, you have to read issue #6.

I will say this: Solitaire was a pretty interesting series. About issue #8 or #9 it was changed into a maxi-series, and gave the story a definite ending with issue #12, something very few of the Ultraverse characters got after Marvel took over and shook everything up. It’s well worth tracking down in back issues or on eBay.