You are here: Home › Commentary › RANKINGS: If the World Ended & You Could Only Watch 7 Christmas Movies…

Tis the season to spend lots of quality time with family and friends, so be sure to make quality decisions on how you spend that time this Christmas season! Quick if the world was about to end and you could only watch 7 Christmas movies which ones would you pick? Too late! I have picked them for you! The following is the top 7 Christmas movies that you HAVE to watch. Be prepared though, because I only included feature-length films, so classics like Charlie Brown Christmas, the Christmas claymations and other TV specials did not make the list. Also, you may find that one of these movies is a complete mystery to you. You may never have heard about #4!

Every Christmas, (for our family) I read the Biblical account of Jesus’ birth and we all have joyful time remembering why we have joy to celebrate during this wonderous season. Shortly after, we get food and the fun begins. Part of our tradition is watching movies. This list is a survival guide to the Christmas movies you have to watch this year and any other year. There are others we may watch, but they fall behind these…remember this is for pure survival and in my opinion it is safer to skip SOME Christmas movies out there-like The Santa Clause….ugh!

This movie takes the most redone Christmas story and takes it to a whole new level. Outside of the narrative of Jesus’ birth, no Christmas story is as grand as the tale of Scrooge and his ghostly visitors. However, this one trumps all of the others, because it has something none of the others have-Muppets! Kermit and his band of misfits make this film fun and family friendly in a way that doesn’t cheapen the message. Gonzo and Rizzo alone are worth watching, because they are the perfect narrative device to lighten this potentially dark storyline. 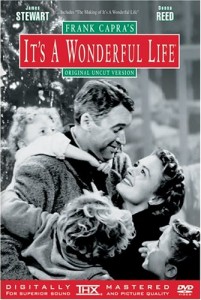 If The Muppets is 1, than It’s a Wonderful Life is 1a, because it has lasted the test of time. It is as good, if not better, than when it first came out. We all can take our lives for granted and through the eyes of one man we can get a glimpse of how each of us should be grateful for the little things we have. It is hard to believe that this movie was seen by many to be a failure when it first released, because it has become the standard that all other dramatic Christmas stories are judged. 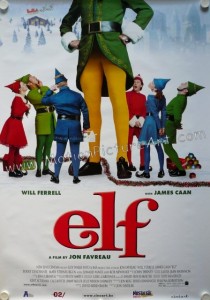 It is hard for me to rank this movie at three. It very well could be number one, because I have NEVER laughed as hard as when I first saw this movie. It captures the wonder and innocence of those clamations that I watched as a kid and then it goes to a whole new level. This movie is so quotable it’s ridiculous. Elf is downright funny and by far the best movie Will Ferrell has EVER made. “You sit on a throne of lies!” is just one of the golden gems found in this movie! 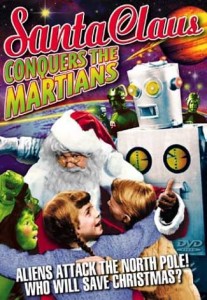 Okay, you may never have heard of this movie in your entire life, but it is amazing. It is a must see, because it is so amazingly awful. The plotline itself is laughable, but the execution of this film is just as bad. The acting is putrid; the direction is dreadful, and the makeup is…did I already say putrid? But it is so bad that it is hilarious! Santa Conquers the Martians is often heralded as the worst movie ever made…and it all truth it is…but that is what makes it a must see. I promise, surprise your family and put this movie in while you’re playing games or sitting down to eat. The laughs will be plentiful. 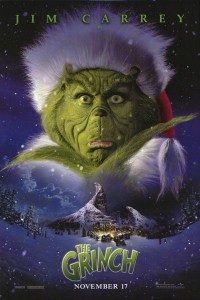 When I first saw this movie I loved it, but then Elf came along and I forgot all about Jim Carrey’s stellar performance, but I recently rewatched this movie and I have to admit Ron Howard and Carrey did a fantastic job. They took a classic cartoon, which has been a staple for millions of children and parents and they hit a home run. They very well could have fallen on their face, but this movie very much succeeded.

This movie highlights both the dreams and fears of children. They very much want to act like grownups, but they also fear being alone. This film takes an average kid who often feels on the outs with his or her family (which most kids have felt at one point or another), and makes him a hero as he out smarts two adult crooks. This funny film also has some touching moments that occur center around a local homeless man. 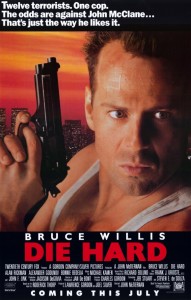 This Christmas classic is for the men. After watching all of the feel good kiddie movies, sometimes a guy just needs to see a few explosions, clever catch phrases, and classic Bruce Willis.

10 Responses to "RANKINGS: If the World Ended & You Could Only Watch 7 Christmas Movies…"