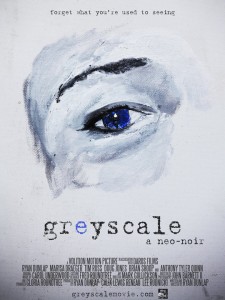 This episode is an interview with Ryan Dunlap, who is, among other things, a writer, director, editor, actor, producer . . .

We talk about his movie Greyscale, which stars Ryan along with Tim Russ (Star Trek: Voyager) and Doug Jones (Hellboy, Fantastic Four: Rise of the Silver Surfer, Pan’s Labyrinth). We also walk about Ryan’s self-published novel, The Wind Merchant. Other topics include the steampunk aesthetic, self-publishing, the intersection of Christianity and creativity, and the Save Saeed campaign.

Links Ryan mentioned in the episode:

Fictionsmith — http://fictionsmith.com — Ryan’s personal website, with links to both Greyscale and The Wind Merchant

#savesaeed — http://savesaeed.org — The Save Saeed campaign, where you can find the petition. They are trying to get one million people to sign the petition before the petition is taken to some meetings at the United Nations.