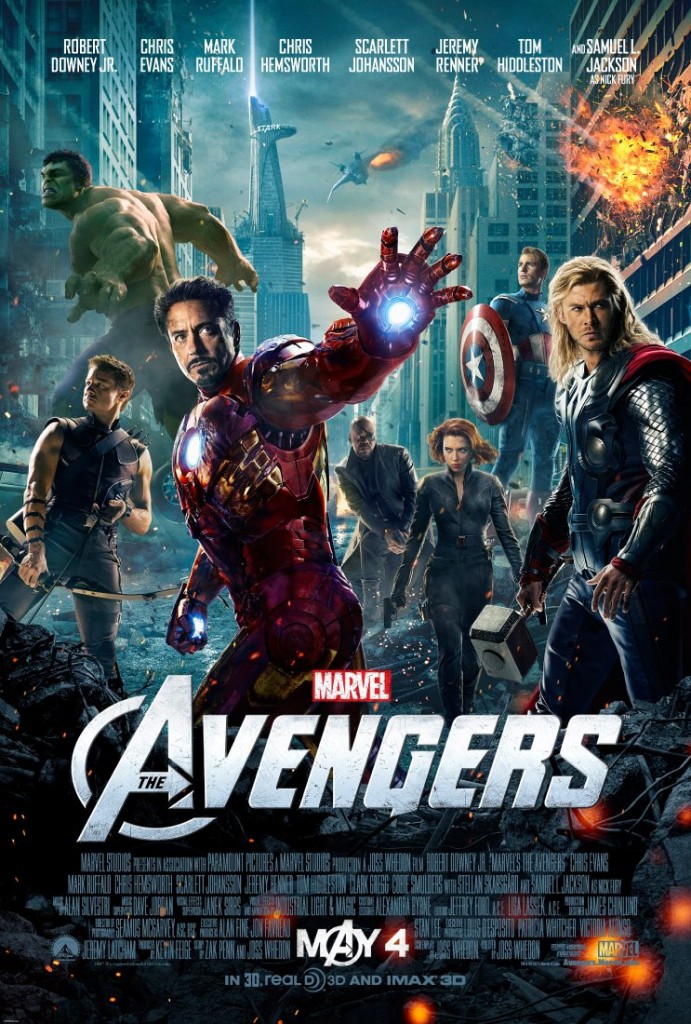 It’s Avengers week here at Strangers and Aliens! Monday through Sunday, we will be celebrating and geeing out about the Avengers series of movies, starting with Iron Man,  going through the individual movies, and culminating in a weekend of release podcast episode!

The Avengers is a unique product in that instead of a movie studio taking a comic book franchise and twisting it for the silver screen to make it more cinematic, Marvel Studios has taken their comic book franchises back (collecting them as the rights became available) and turning these superhero movies back into a story telling format closer to a comic book series.

So, starting with Iron Man, when they tacked on a post-credits scene in which Robert Downey, Jr.’s Tony Stark gets a visit from Samuel L. Jackson’s Nick Fury, the promise was given: the upcoming movies are linked. And the plan was laid out: the movies would lead into an ensemble team film, The Avengers.

It was also the movie studio version of making lots and lots of money.

We’re fans, here, though, and we’re eating up the hype. They brought in Joss Whedon to direct and write. I’m more of a fan of his writing than his directing, but he’s hopefully brought his A-game.

So all week here, we will be reminiscing about the movies that came before and looking forward to The Avengers, which is coming out on Friday. Each day we’ll feature mini-reviews of the movies and Cool Comic Covers that will put the spotlight on that day’s character . . .

Friday is The Avengers.

And the weekend will see the release of our podcast – a weekend of release conversation about the movie.

We invite you to join the conversation. If you have anything to say about these characters or films, let us know. We will find a way to incorporate your thoughts into our Avengers week!