BATMAN vs. SUPERMAN – What is the argument?

Because of the big movie, there’s a lot of discussion about Batman vs. Superman or Superman vs. Batman.

But the discussions are all over the place. Like Douglas Adams’ Deep Thought, when answering the question of life, the universe, and everything, he had an answer, but the answer came with another question. The question is: what IS the question?

So here are a couple thoughts about the whole “Superman vs. Batman” debate:

First, I’m seeing a lot of talk about an actual fight. it comes down to this: 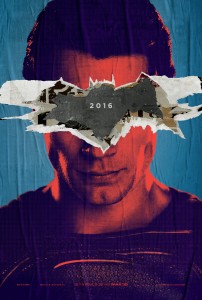 People FOR Superman recognize that he’s pretty much all powerful, from X-Ray vision to impervious skin.

People AGAINST Superman recognize that without his power he is NOTHING.

People FOR Batman recognize that he’s ready for EVERY POSSIBLE OUTCOME, he fights dirty, and he’s also a ninja.

People AGAINST Batman recognize that without his money he is NOTHING.

Think about it: Superman is the ultimate in racial privilege, while Batman is the ultimate in financial privilege. It’s true: take away Superman’s powers and you are left with a normal guy. Take away Batman’s money and he’s no longer a ninja. Superman becomes just another farmer raised in the flyover states with a strong work ethic. Batman becomes a metropolitan orphan.

Striped away of alien strength and 1% wealth, if they met on the field of battle (a dark alley or an actual field of corn?) Batman’s core personality probably gives him an edge in the fight. Although, all those days of bailing hay, Superman may have an edge with strength.

This one’s possibly a draw.

With all their powers and money? No contest: if Superman is aware that he is going to fight Batman, say in a “Contest of Champions” arena, he’d win.

If it was completely unexpected — in other words, Batman was attacking Superman with no foreknowledge, Batman absolutely could assassinate Superman. But also vice versa.

But make no mistake, who will win in an actual fight is actually determined by the writer. 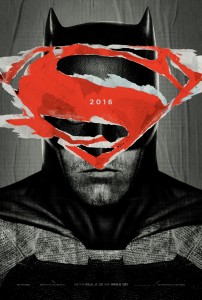 If the writer (be it a comic writer, a movie writer, or a fan doing the “What If…” thing) wants Batman to win, guess what? Batman will win.

If the writer wants Superman to win, guess what? Superman will win.

So this arguing about who can best the other in battle is, in truth, a pretty useless exercise.

Although the imagining of it is not!

But it makes it a draw.

Second, there is the idea of who is the better character.

Strength in battle is not everything!

This question MUST have deeper connotations than just fisticuffs.

Who is the BETTER character?

People FOR Superman appreciate his ideals, his strength, not just of ARMS, but of character.

People AGAINST Superman argue that he’s just too powerful and not interesting.

People FOR Batman appreciate how he has clawed his way through adversity and built himself into a warrior for justice…or vengeance (depending on the person’s perspective).

People AGAINST Batman argue that he is someone who has taken the law into his own hands, become judge and jury, and may have a moral code against guns or killing (depending on the current writer) but who is a paranoid psychopathic law unto himself.

People attracted to Batman’s positive qualities look to a man who has overcome the lose of his parents in a tragic death in front of his eyes. In doing so, he conquers personal demons while using his wealth to conquer social demons.

People attracted to Superman see someone who is using his power for good. He could rule the world with an almost literal iron fist, but he chooses instead to help people. He recognizes his power is a gift, but it is not just a gift for him, and he makes sacrifices everyday to help people who cannot help themselves.

In that argument, I’d call it a draw too.

They come from two very different places, but they arrive at the same destination. 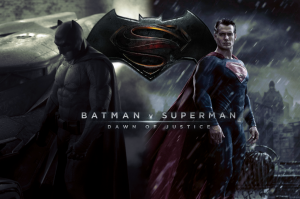 And both are characters who, while there are some flaws in their character, and there may be flaws in the presentation of their stories at time, can be looked up to.

The Dark Knight rises, a human fighting upward from the muck and evil of the earth…ultimately trying to help up his fellow humans…his rage not overcoming him, but turning into a righteous indignation…

The Man of Steel descends, a man with super gifts…using them not to dominate those below, but to elevate them…his powers not separating him from the low and evil, but pressing him toward them…

It’s NOT a perfect metaphor, but it IS a metaphor for what we are called to do!

There are the details of the hows, when you get beyond the whys. For Batman, the ends justify the means. So he’s perfectly willing to create plans to kill every single one of his best friends, even though they ARE friends and he is AGAINST (mostly) killing. For Superman, he could DO more, but it would involve creating a world that would no longer relate to our own if the storytelling took it to its logical conclusion.

The final battle: who do you relate to more?

My observations tend to be this:

If you relate to Batman more, it’s because you see someone living UP to their potential, even when circumstances (tragedy, the temptations of hedonism of the world or withdrawal from the world, rage etc.) could bring you down.

If you relate to Superman more, it’s because you see someone with great power who uses it responsibly (if not perfectly) to make the world a better place.

I believe that, while I may be missing some nuances and perhaps some specifics (please, if I’ve missed YOUR reasons for loving one character or the other, sound off below) this is why both of these characters have resonated with fans for three quarters of a century! They are us, at our BEST and our WORST!

One response to “BATMAN vs. SUPERMAN – What is the argument?”