Geek Bible — Strangers (and Aliens) in a Strange Land 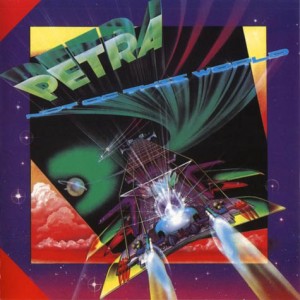 I promised on a message board or something that our next Geek Bible segment would focus on where our podcast takes its name from. And when we did our roundtable podcast with Roland and Gary during the Gideon conference, that came up in the discussion as well. We were taking about different views Christian have about alien life and Gary brought up our title, to which I said, “‘Strangers and Aliens’ is us.”

In other words, we gave Strangers and Aliens this title because we, as Christians, are “strangers and aliens”.

I have to admit, though, the original inspiration for our name didn’t come from scripture. Well, that’s not entirely true. Someone else was inspired by scripture and wrote a song with this chorus:

We are strangers, we are aliens
We are not of this world

The song: “Not of this World”, by Petra, from the album of the same name. And when I was first talking to Dr. Jayce and Steve about this podcast, the sci-fi vibe of that chorus was swirling in my mind when I was first considering this as a title. (In fact, if the song itself didn’t have such a slow tempo, I might have looked into getting permission to use the song as our opening.)

Now, I assume the song took it sentiment from the same places that the title “Strangers and Aliens” really gets its meaning.

There are three verses that come to mind, for me, when I think about the significance and meaning of our podcast name. First, there is this one:

And she (Zipporah) bare him (Moses) a son, and he called his name Gershom: for he said, I have been a stranger in a strange land. (KJV)

I have to admit . . . part of the reason this verse even comes to mind is because of Robert Heinlein’s book. Stranger in a Strange Land, which I have not read because it is very long. The book is also the center of some controversy that I am not aware of because i have not read the book and therefore haven’t been interested enough to find out more about the controversy. But the book gets its name from this verse.

The meaning, though, shines through. On a metaphoric level, Moses has given his son a name that comes from a real world feeling he had: he was away from his people and his family, on the run for a crime, living with people he has taken as his new family by marrying one of them. He was a stranger in a strange land.

That idea gets used again later in the scriptures. Peter used the phrase “aliens and strangers” in one of his letters, 1 Peter 2:11:

Dear friends, I urge you, as aliens and strangers in the world, to abstain from sinful desirers, which war against your soul. (NIV)

In that context, he is reminding his fellow believers that we are strangers and aliens and should not let ourselves do what the world does, just because the world does it.

Paul also used the phrase in his letter to the Ephesians, verse 2:19:

So then you are no longer strangers and aliens, but you are fellow citizens with the saints and members of the household of God… (ESV)

Now, what is interesting about this one is that it is the negative. “You are no longer strangers and aliens.” But that is because the thing you were alienated from — God and his kingdom — you are no longer a stranger to. In context it reads (verses 12-22):

… remember that you were at that time separated from Christ, alienated from the commonwealth of Israel and strangers to the covenants of promise, having no hope and without God in the world. But now in Christ Jesus you who once were far off have been brought near by the blood of Christ. For he himself is our peace, who has made us both one and has broken down in his flesh the dividing wall of hostility by abolishing the law of commandments expressed inordinances, that he might create in himself one new man in place of the two, so making peace, and might reconcile us both to God in one body through the cross, thereby killing the hostility. And he came and preached peace to you who were far off and peace to those who were near. For through him we both have access in one Spirit to the Father. So then you are no longer strangers and aliens, but you are fellow citizens with the saints and members of the household of God, built on the foundation of the apostles and prophets,Christ Jesus himself being the cornerstone, in whom the whole structure, being joined together, grows into a holy temple in the Lord. In him you also are being built together into a dwelling place for God by the Spirit. (ESV)

This is about being alienated from God, but Christ has made it so you do not have to be a stranger to God. Indeed, because of what Christ did you are a part of God’s kingdom. You can become a member of the house and of the family.

The very thing that Moses lamented no longer need be true for you — through Christ, you have a home and a family that exceeds the limits of this world.

I believe, though I cannot know this for certain, that both Peter and Paul took the phrase and the idea from the writer of Hebrews. We don;t know who this amazing thinker was who wrote Hebrews, and we do not know the exact date that 2 Peter, Ephesians, and Hebrews were written so we cannot know precisely which came first. All were probably written after A.D. 60 — the possible date for 2 Peter is from A.D. 64 to 68; for Ephesians from A.D. 60 to 62; for Hebrews from A.D. 60 to 70. So it is entirely possible that Paul used it first. But I like to think that the anonymous guy who wrote Hebrews did it first, and Paul and Peter read it and liked it.

Here it is, the cornerstone verse for our podcast, Hebrews 11:13:

All these people were still living by faith when they died. They did not receive the things promised; they only saw them and welcomed them from a distance. And they admitted that they were aliens and strangers on earth.

What does this have to do with anything?

Well, it’s in the middle of a long list of people who lived by faith. Person after person: Abel, Enoch, Abraham . . . and then Isaac, Jacob, Moses, Joshua, Rahab, Gideon, Barak, Samson, Jephthah, David, Samuel and the prophets.

All these people were still living by faith when they died. They did not receive the things promised; they only saw them and welcomed them from a distance. And they admitted that they were aliens and strangers on earth. People who say such things show that they are looking for a country of their own. If they had been thinking of the country they had left, they would have had opportunity to return. Instead, they were longing for a better country—a heavenly one. Therefore God is not ashamed to be called their God, for he has prepared a city for them.

That’s what makes us, Christians, believers in Christ and followers of God, “strangers and aliens”. This world is not our world. This earth is not our home. We belong to something more. We long for something heavenly. We are seekers of God, eager to explore his mysteries, and recognizing humbly his mighty holiness.

Or, as Petra said it:

We are Pilgrims in a strange land

We are so far from our homeland

With each passing day it seems so clear

This world will never want us here

We’re not welcome in this world of wrong

We are foreigners who don’t belong

We are strangers, we are aliens

We are not of this world

We are envoys we must tarry

With this message we must carry

There’s so much to do before we leave

With so many more who may believe

Our mission here can never fail

And the gates of hell will not prevail

Jesus told us men would hate us

But we must be of good cheer

He has overcome this world of darkness

And we will soon depart from here