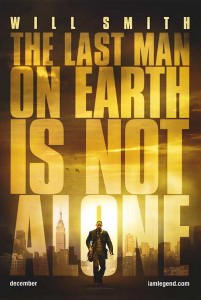 What it’s supposed to be: An adaptation of Richard Mattheson’s vampire novel, which has already been made twice before (officially, many more time unofficially, this movie tells the story of Will Smith, the last man on earth (maybe).

Why it’s a Christmas movie: Remember Psycho? Decorations on the street made it a Christmas movie? Well, this is a similar situation, only this time it’s intentional. Two years before the movie opens, in December, the world was hit by a plague. A plague that killed 90% of the world’s population and turned the rest into zombie vampire things that come out at night and try to eat Will Smith. During the day, Will Smith walks the streets looking for food and other things he needs to survive. Everywhere around him are street and store decorations for the Christmas season, though . . . which was rudely interrupted by this deadly, deadly plague.

Oh! And this was released in December!

Thoughts: So most geeks would rather focus on the prophetic poster seen on the street in the movie, boldly proclaiming the future release of this movie: 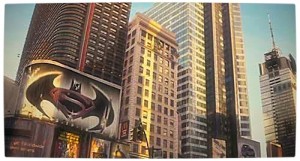 That prophecy came true. But for our purposes, these are the street decorations we should be looking at: 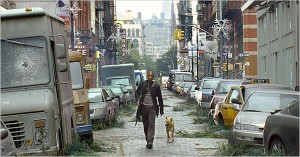 It’s sort of just salt in the wound, being alone for two years with constant reminders of a family holiday all around you.

“Peace on Earth”? He’s got it. Except when he finds some of the vampires and shoots them in their sleep.

“Silent Night”? Not so much for him, because that’s when the creature come out to go hunting.

There are a number of sub-genres I really enjoy. Swamp Monsters and kaiju and time travel are a few. The “last man on earth” trope is another. I Am Legend does this wonderfully. I think this is the movie that made me start to take Will Smith seriously, since it was HIS face on the screen the entire time, usually alone. I liked him when he was Fresh Prince or fighting aliens in Independence Day, but here we get a man on the verge of cracking, forcing himself to go through his day and just survive, haunted by the loss of his family (and, well, the entire population of the world, too).

The “ghost of Christmas past” is another haunting reminder of the way that humanity has been stripped away from the globe, leaving behind only a thin shadow of both the spiritual and material nature.

Is It Naughty or Nice? I have only seen this once, and writing about it makes me want to see it again. Watching how Will Smith has built his life after the world has been emptied is fascinating, even if the ending doesn’t hold me as much as the beginning. NOTE: The other two versions of this story, featuring Vincent Price in the ’60s movie Last Man on Earth and Charlton Heston in the ’70s movie “Omega Man”, are also worth seeing!