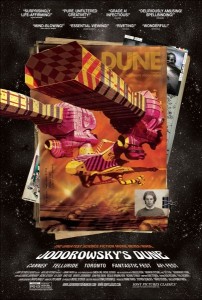 This is quire possibly one of the greatest movies never made, and now there is a documentary about it!

I became aware of this, I think, because of pictures from Starlog magazine. Or maybe as I was discovering things about the making of Alien. Or maybe it was from a book of essays by Frank Herbert.

Honestly, I don’t know when it happened.

But here is the next best thing. A documentary about this movie that never was!

I believe it comes out on March 21. I cannot wait, and hope it comes to a theater near me. But a release date in theaters means a release on disk or in digital sooner rather than later!

One Response to "Jodorowsky’s Dune — trailer"