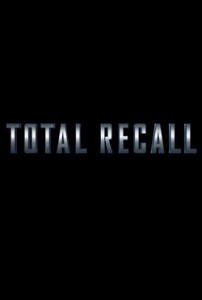 Total Recall is an interesting movie.

As science fiction, with its look forward into future technology and culture, it is fantastic. Some of the ideas in this movie just make sense, as far as things like what will “smart phones” look like? Something tells me that we aren’t too far off from the type of things predicted in the movie.

As an action adventure, with high stakes action sequences and adventurous derring-do, it is fantastic. The car chase sequence is exciting and clever, and the elevator sequence is imaginative.

As a sci-fi movie, with big ideas and big visuals, it is fantastic. There are many different homages to the original movie, and many different references to sci-fi that has gone before. I was reminded, purposely I hope, of Metropolis and Blade Runner and Star Wars and Minority Report. Many sci-fi tropes were there.

But these elements don’t gel together into what should have been a just plain “fantastic” movie. Part of this comes from the characters and the actors. For one reason or another, I just didn’t find myself caring too much about the characters, so when new revelations came about, I didn’t care as much. I didn’t feel like things were happening to the characters, they were just happening to move the characters to the next thing. Parts of the movie felt like a video game. “Okay, you’ve made it past the end of the level, here’s some new information for you, now head into the next level.”

When I posted something about the trailer (you can read what I thought there), I said:

Something tells me, after watching the trailer, there’s going to be a lot of twists and double twists. To borrow from Michael Caine’s line in The Prestige, there’s the “pledge”, where the magician shows you something ordinary. Colin Farrell, in this case. Next is the “turn”, where the magician takes the ordinary and makes it do something extraordinary. In this case, he becomes a super spy. But that’s not enough. According to Caine, you can’t just make it disappear, you have to make it appear again. That’s the “prestige.” . . . I expect it to do a lot of flipping back and forth before we get to the “prestige” and it all comes around. I hope that it’s all natural, though, and doesn’t feel forced. I hope that it is the character taking us through these twists and turns, and not twists and turns that are serving the plot.

Well, I’m not going to say how completely right I was about my prediction of the plot, but I will say this: the “pledge” and the “turns” were interesting, but I was expecting more from the “prestige”. There are twists aplenty in this movie, and they are, indeed, character driven. But I was expecting one more big twist. Something that would change how you looked at the movie, that would cast a new light on everything that had gone on before. But that wasn’t this movie.

I recommend it to sci-fi lovers, but I recommend it as a rental or a “dollar theater” viewing. It’s a clever movie with rich visuals and cool futuristic toys, but not one that will bear repeated viewings to unlock a deeper meaning. I enjoyed it, and if you enjoy movies like Minority Report, you should enjoy it, too.

I’d love to hear what you thought of it, if you did see it. Do you agree? Did I miss something? Let us know below!