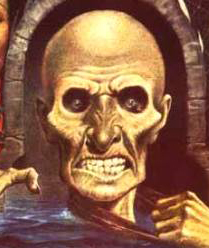 Here’s the answer to where: http://negatron.strangersandaliens.com

The answer to what: well, it is something of an experiment. It is a weekly movie review podcast, yes. It will review sci-fi, fantasy, and superhero movies (and other things, most likely, as well).

And the answer to who: Professor Negatron, a self-centered, self-agrandized, narcissistic, megalomaniacal, and opinionated supervillain . . . who also wants to be a writer (if some publisher or producer would just pay him so he could get ALL those ideas out of his head) . . . who doesn’t want to take over the world (the planning and execution may be fun, but if you’re successful it’s too much work) but does want to be accepted by his peers, and by the heroes who don’t take him seriously . . .

(Think Screwtape Letters except instead of a demon writing a handbook of morality — or immorality, as the case may be — it’s a supervillain pointing out the good and the bad about movies and pop culture.)

There are three episodes so far — with new episodes every Sunday:

For you Strangers and Aliens who listened to Steve and me in our previous podcast, you may be familiar with Professor Negatron . . . but this isn’t just a repeat of what came before . . . it’s a reboot!