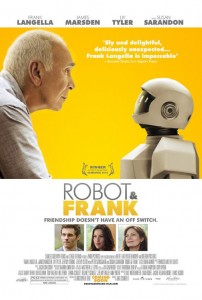 One response to “REVIEW: Robot and Frank”