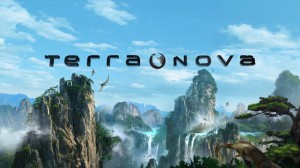 Terra Nova has been cancelled by Fox.

No surprise there. It’s an ambitious, high concept sci-fi show about time travel and dinosaurs. It was a big budget version of Land of the Lost, or a family friendly hybrid of Jurassic Park and Lost in Space. And Fox is legendary among geeks for greenlighting interesting sci-fi and then canceling mid-story. Firefly and Dollhouse come to mind, but we also have to remember: Fox kept The X-Files going for nine years.

But here’s the news:

Netflix is thinking about looking into the possibility of maybe producing Terra Nova as a series.

If it DOES happen, it will be the harbinger of a new era. Not that this hasn’t happened already. Netflix has a deal for a new mini-season of Arrested Development; Hulu has carried low budget web series for a long time; Yahoo is developing new programming; SyFy has  used webisodes as a way to try out potential new series; and many people watch TV on network websites because they don’t watch when the networks air them. But this is big budget TV, not a season of a couple five minute episodes or even a half-hour sitcom.

But something else to consider: viewers of sci-fi TV are users of technology, so it makes sense that content creators begin developing content FOR technology, instead of relying on outdated statistics that cannot account for new technology.

What do you think? “The future is now”, but are they finally starting to make it work?