Who Had the Bigger Revelation at San Diego Comic-Con?

So Agent M, Marvel’s Twitter claimed they they “won” San Diego Comic-Con. Did they? What do you think? There were some big announcements, but they pretty much boiled down to ONE big item from the two of them . . . 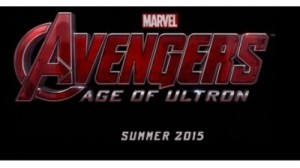 Marvel revealed the title of the Avengers sequel: AVENGERS: AGE OF ULTRON!!!

DC revealed that the next Man of Steel movie would actually be a movie featuring Batman and Superman!!!

So, what do you think? Who had the bigger news? Marvel or DC?

4 responses to “Who Had the Bigger Revelation at San Diego Comic-Con?”