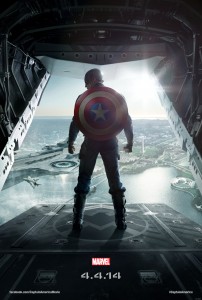 And man does it look good!

Clearly, this is a movie about SHIELD. Nick Fury and Steve Rogers have a conversation that would fit right in with some of the things we’ve been talking about with Agents of SHIELD and their exploration of an organization without oversight.

That also excites me. This trailer makes me think that we could be looking at a sophisticated, popcorn thriller. Time will tell, but the potential does seem to be there.

One Response to "Captain America: The Winter Soldier — Official Trailer!"