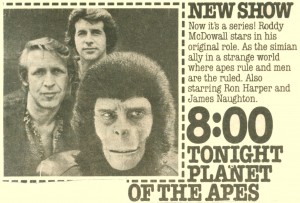 Dr. Jayce, Steve, and Ben offer some of their favorite “hidden” gems of sci-fi television, getting into some weird old stuff and some obscure new stuff, many of them on Netflix or in the cheap racks at stores.

Will Dr. Jayce get Ben to add all of Dr. Jayce’s recommendations to Ben’s Netflix queue?

And what is the elusive, unknown TV show that Ben has been seeking for over two decades?

Do you have a favorite sci-fi show that people may not have discovered? Let us know! Contact us here!

Here are links to the crossover episodes we took part in!

Dr. Jayce on Are You Just Watching? — Episode 41 — The Hunger Games Catching Fire

Ben on The Untold Podcast — Episode 18 — The Spigot