You are here: Home › Featured › Ep. 45 — Interview with the Makers of the Sci-Fi Feature Film Remember 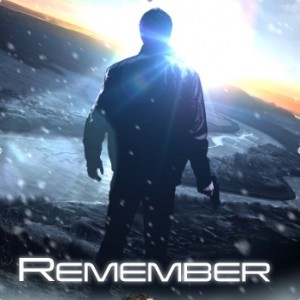 Remember is a independent sci-fi feature film with big ideas and a micro budget. Made for $4000, writer Greg Lammiman and director Dallas Lammiman set out to make an epic science fiction thriller, and the results belie the budget. This movie also has big themes and tackles big subjects, like all good sci-fi.

Not long after posting episode 24 (Where Are the Christian Sci-Fi Movies?), Ben was contacted by the Lammimans to see if he was interested in seeing their feature film, Remember.

Ben had a chance to talk with Dallas and Greg about the movie, its origins, making on a micro budget, making Christian films in general, science fiction inspirations, and C.S. Lewis (because it IS the year of C.S. Lewis at Strangers and Aliens).

It’s an interesting and inspiring interview, as they explain why they wanted to make this movie and how they saw God moving to help them.

Their story should motivate anyone interested in making movies or any kind of media with a Christian perspective. Especially if you are interested in doing so, but lack of money has been holding you back!

The official plot summary: “Carl’s job is to protect children in a society that has suffered from a great economic disaster. The use of memory blocking drugs by the general public and even Carl himself makes his job more manageable. Following a traumatic incident Carl receives a series of unusual messages that challenge him to remember his past, question everything and lead him to play a double role that not even he himself suspects.”

Links mentioned in the interview:

Episode 24 of Strangers and Aliens: Where Are the Christian Sci-Fi Movies? — http://strangersandaliens.com/2012/08/episode-24-where-are-the-christian-sci-fi-movies/

One Response to "Ep. 45 — Interview with the Makers of the Sci-Fi Feature Film Remember"