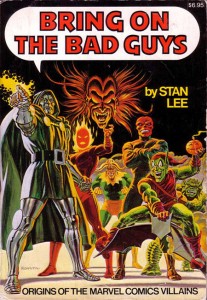 Bring on the bad guys!

Please, contact us with YOUR favorite villains! Why do you like them? We’d love to hear from you!