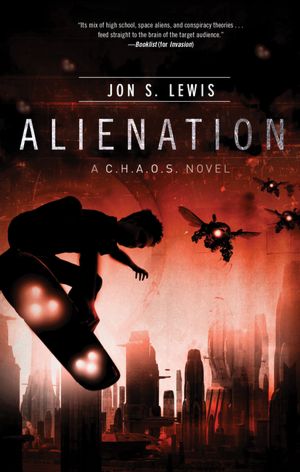 This episode is a very special episode, as author Jon S. Lewis joins Ben and Steve for a discussion about his C.H.A.O.S. series of novels (especially the most recent book Alienation), his comic book work, and what he geeks out about.

Find out what geeky toy he and Ben both had as kids, why Steve thinks he may have found a long lost twin, what his career choice before comic books and sci-fi/fantasy writing was, why he hated Peter Jackson for a couple days, and why you should buy his books (aside from, you know, that they’re good).

And don’t miss our other special guest, Tinkerbell!

Alienation is a young adult sci-fi action adventure novel, merging pulp heroics, alien invasion conspiracies, and the Biblical story of King David. It is the sequel to Invasion, both published by Thomas Nelson.

One response to “Episode 10 — “Strangers and Alienation: Interview with Jon S. Lewis””