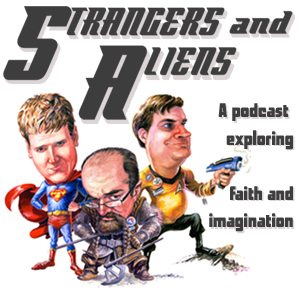 The sci-fi guys are back. In this, the seventh episode of the podcast, they dive into the differences and similarities of the science fiction and fantasy as genres. Is it as simple as “swords” instead of “lasers”? What kinds of stories work better in one genre, rather than the other? Does fantasy lend itself more toward spiritual stories?

Also, we open up the mailbag! We received a lot of feedback about our Star Wars episodes and Dr. Jayce’s original blog pos, ranking the episodes. For time purposes, we only dug into the Star Wars responses we received. Next episode we will respond to some of the comments we received about other topics.