WHY? Mr. F is really smart, but smarts only take you so far. Plastic Man is much stronger and would eventually get th best of Mr. F

HOW DO YOU FEEL ABOUT THE OUTCOME? I look forward to PM’s future in this tournament.

WHY? He has a mean streak — he WAS a criminal, after all — so would fight dirty, and he has a more diverse power set. He has more and better control over how he is able to change his body, verses Reed Richards, who can stretch and reach, but can’t really shape. Sure, Reed’s smarter, but mano y mano, hand to hand, no laboratory for Reed to create some sort of invention, Plas takes it.

HOW DO YOU FEEL ABOUT THE OUTCOME? I like both of these characters, but I’m not bothered to see either of them go. Oh, and they both would TROUNCE Elongating Man . . .

WHO WOULD WIN? Mister Fantastic

WHY?: Reed Richards enters any battle at least three steps ahead of the competition

HOW DO YOU FEEL ABOUT THE OUTCOME: similar powers, but vastly different application. I’d like to hear Plastic Man’s commentary during the battle, though!

“Neither. they would mush together to become Mr Plastastic Man.” 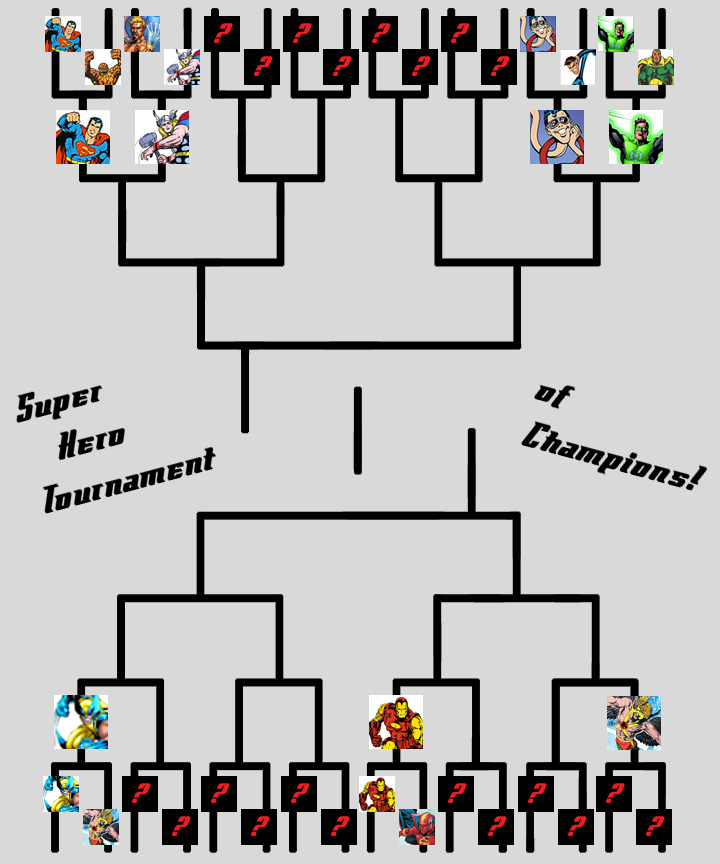 One Response to "Super Hero Tournament of Champions: Mr. Fantastic vs. Plastic Man"