Superman vs. Batman: Who Is the World’s Finest? — Episode 82 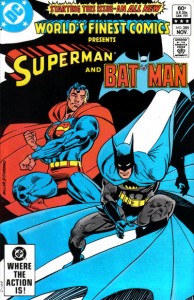 Who will win? Will Steve spoil a thirty years old comic? Will Dr. Jayce settle a dispute between Ben and Steve about Superman’s early appearances?

Join the Strangers and Aliens crew as they explore the Batman and Superman characters and try to decide “who is the world’s finest?”

4 responses to “Superman vs. Batman: Who Is the World’s Finest? — Episode 82”