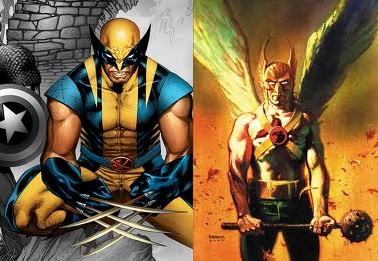 WHO WOULD WIN? Hawkman

WHY?: Hawkman hits Wolverine with a weapon while he is out of his reach and then carries him away while dropping him in a valcano before he wakes up.

HOW DO YOU FEEL ABOUT THE OUTCOME: I love Wolverine, but unless Hawkman was glued to the ground, he would win 7 times out of 10.

WHO WOULD WIN? Wolverine

WHY?: Hawkman has a cool arsenal of weapons. And with those weapons, I think he’d win against Wolverine because of his flight advantage, except for one thing: the advantage Wolverine’s healing factor gives him. Hawkman could only win if he stays airborne, but I don’t think he’d be able to overcome Wolverine’s healing if he did that. If he got within Wolvie’s reach, it’s over.

HOW DO YOU FEEL ABOUT THE OUTCOME: I wasn’t as sure about this one. It took some thought about how I would write this battle.

WHO WOULD WIN?: Hawkman

WHY?: While in flight, safely out of Wolverine’s reach, Hawkman hits Wolverine with the Claw of Horus. Wolverine pudding.

WHO WOULD WIN?: Wolverine

WHY?: Wolverine, courtesy of the healing factor. He’ll hack off the Thanagarian wings and finish him off in seconds.

Score: (2-2) tie. Both advance. (Note: Hawkman has been moved to a free spot to face off against another tie result.) 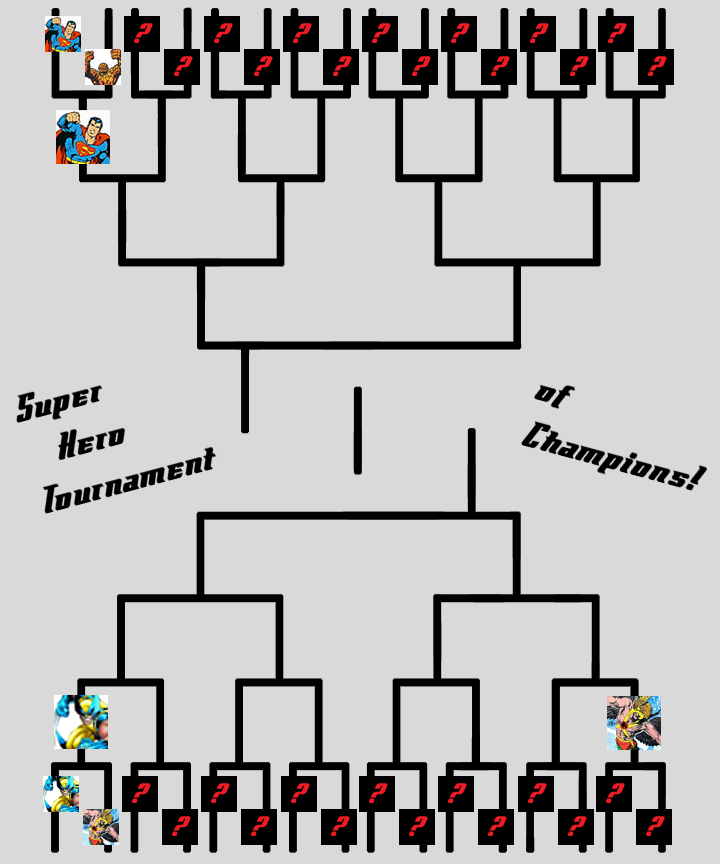 One response to “Super Hero Tournament of Champions: Wolverine vs. Hawkman”