Most will feature things like superheroes or sci-fi, although some will go beyond our usual genres and may feature war comics or westerns. But to start, I thought this awesome fantasy comic book would be a fun example of the pulp fantasy comics used to feature regularly. 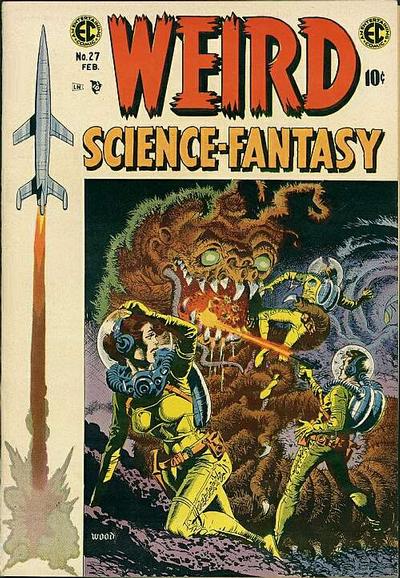 Here is a energetic, bold take on a number of science fiction tropes: the BEM (bug eyed monster), the damsel in distress, and the stalwart hero. I can’t help appreciating the space suits — I’m a sucker for “past visions of the future”.

EC, Wally Wood, and Weird Science Fantasy will no doubt be featured again in this series.