It’s Friday! That means another Cool Comic Covers, a weekly (sometimes more!) look back at some of the most interesting, intriguing, and engaging artwork in pop culture. This week, Tales of Asgard, a reprinting of some lost-ish Thor stories by Stan Lee and Jack Kirby! 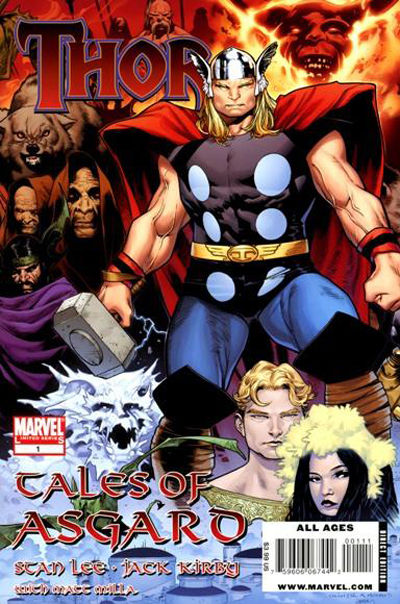 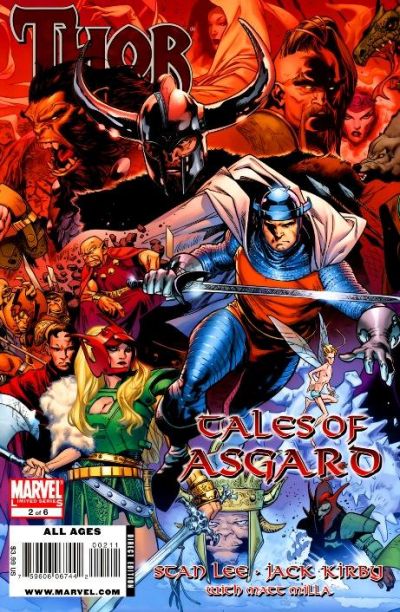 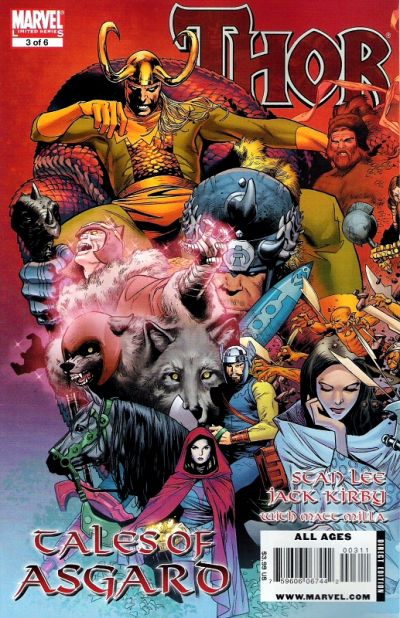 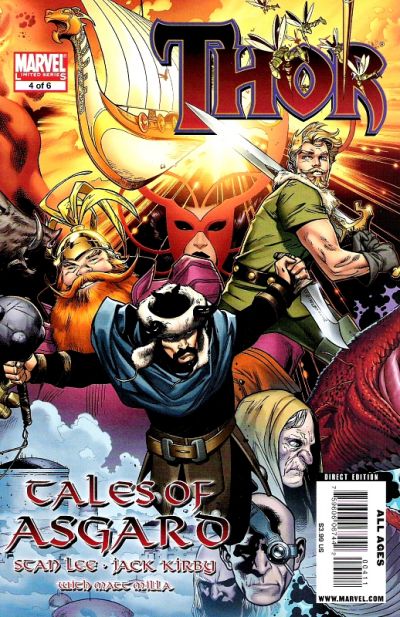 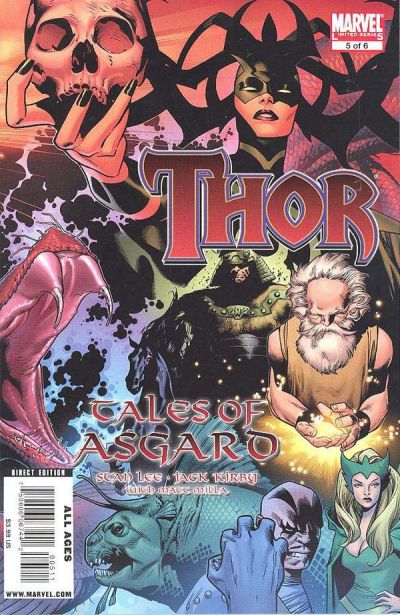 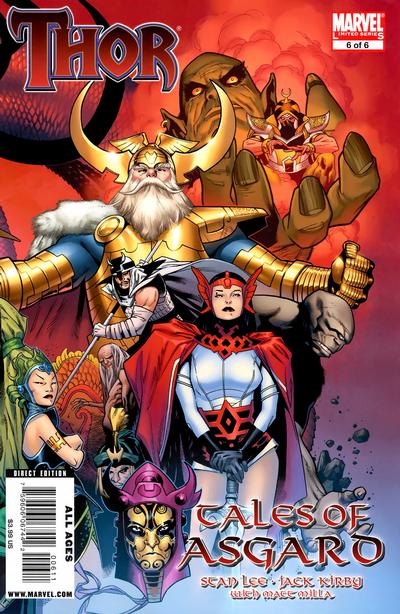 Now, all of these covers serve a purpose: they convey the fantasy and majesty of the mythology that Thor and his supporting cast carry in their tales. They also include almost every supporting Asgardian in the entire Marvel take on Norse mythology.

They also, like Voltron, form into a single unit.

Beautiful. If those aren’t cool comic covers, I don’t know WHAT is! The hardcover version I have of the book comes with a fold out poster of this, as well as one of those silhouette keys that is labelled so you can identify each and every character. It’s cool. Very, very cool. I don’t know if this is true for the paperback version of the book, but I did see that the paperback version is on sale for $10 over at Amazon, here: Thor: Tales of Asgard. It’s an awesome book because, let’s face it, it’s Jack Kirby and Stan Lee doing big, crazy fantasy superhero stories!

Anyway, just gaze upon those covers above one more time. Olivier Coipel and Jack Kirby could not be more different as far as style goes, but here is one book that I don’t mind that the covers and the interior art is different. Both are phenomenal.

Tales of Asgard is © Marvel